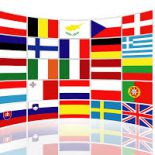 Conflict and cooperation in Europe – A review of B. Simms, Britain’s Europe, Allen Lane, 2016

Britain’s Europe – A Thousand Years of conflict and cooperation sets perfectly the background for the contemporary relationships between politics, economy and law in Britain. The key argument developed by Professor Simms in this book is that Britain has always taken a keen interest – or better said always had to take a keen interest – in continental events. Britain’s utmost security and defence revolves on ensuring the balance of powers between the different political entities making up continental Europe over time. In that sense, Britain’s physical borders have never been the Channel but lie somewhere between Calais and the Elbe. This tactical understanding of Britain’s engagement into continental Europe’s matters has as much shaped modern political and constitutional continental Europe as it has helped shaped British politics and society – yet if there is some unity to be found in a common history, there is very much diversity in the available solutions for the future projects to be developed on both sides of the Channel.

This book analyses how Britain succeeded in protecting her security in changing very strategically alliances over time so that no country in continental Europe could become so powerful as to be in a position to invade Britain. At one time the key threat had been Spain (Philip II of Spain, once married to Queen Mary and co-monarch of England), then France (Louis XIV), then the Austrian, Spanish and Russian pretensions to “universal monarchy” in the 1720s, then again France (Napoléon) and Prussia (Bismark) and Germany (Hitler). A bit more in the background but continuously since the Vienna Congress up to the end of the Cold War, lies another major threat: Russia. In the overall game of flexible alliances, some territories such as the Low Countries (Belgium and the Netherlands), played for ever a key role in containing France and Germany, hence a British special involvement in their security.

All the main challenges that Britain faced with her involvement in Europe have had repercussions on the shape that Britain took over time, the kind of polity she became. So for instance, the union between England and Scotland was agreed to contain the risks of France invading England through Scotland. The merging of parliaments between Great Britain and Ireland in 1800 was similarly agreed to face the Napoleonic challenge. The immense development of the Empire was first sought in order to prevent Spain and France from securing resources that would enable them to challenge Britain’s position in Europe.

If the engagement of Britain in continental Europe also shaped her territory and constitutional make-up, it also shaped the relationships between the state, the economy and society. For instance, the golden threat of the connection between representation and taxation had drastic effects for the development of a huge fiscal-military machinery against Napoléon. Once the victory secured over the French Empire at Waterloo, a new compromise had to settle: the spending of public resources from taxation had to be reduced to regain control on the national debt; it should also become better accounted for, hence the development of a more modern form of parliamentarism, based on an extended franchise and reformed electoral system. This also meant a withdrawal from the state machinery from intervening in the economy, hence leaving the door open for what is known as the economic “laissez-faire” of the 19th century. This was however reversed by the war efforts in 1914-18 and the increasing pressure to compensate the victims of the war in providing them for their needs. Decisively, the WWII would operate the transition from warfare to welfare.

This book argues convincingly that Britain enjoys a special relationship with continental Europe due to her special status, economic wealth and ability to mobilise her resources effectively in times of war. It also suggests that Britain has adopted the same key attitude time and again, namely the line following which she would not seek to impose by force her own political system to European countries but would use all sorts of ways to disseminate her values and her belief in freedom and liberty. Over the years, British politicians and thinkers have coined various expression to encapsulate their approach to Europe: a “Commonwealth of Europe” (Burke), a “public law in Europe” (Pitt) or a “United States of Europe”, “but with Britain on the outside, together with the ‘British Commonwealth of Nations [and] mighty America [as] friends and sponsors of the new Europe” (Churchill, quoted p. 155).

This historical book concludes by providing the reader with a vision of the possible relationships between Britain and continental Europe, in the face of the various challenges (migration crisis, Brexit, euro-crisis) that the EU has to address. It argues that Britain does not necessarily have to be a member of the EU. Britain and the EU need to maintain friendly relationships but the EU needs a political project ensuring a closer union to address the euro-crisis, where a Parliament representing Europe’s people would be legitimated to take the pressing economic decisions. However, such a political project would entail a loss of sovereignty that does not fit with the century-long history of Britain. This solution is grounded in Simms’ firm belief that Britain is a very solid economy, extremely wealthy and able to provide for her own security and defence. The EU members rely on her for this very reason.

This book contributes to thinking about the diversity of the narratives explaining the relationships between Britain and continental Europe. It can be striking to contrast stories and events across the Channel. Without going up to 1000 Years of Annoying the French, one may have different assessment of the relative force of Britain within Europe. How does British economy compare with the German Wirtschaftwonder? How important is the nuclear defence of Britain? Henry Kissinger for one considers that British nuclear weaponry is more symbolic than real (World Order, 2014, p. 90). These matters may be highly difficult to quantify with precision but they weave all the ambiguity of the relationships between Britain and continental Europe….

Overall, this book highlights the major geopolitical issues that Europe – continental Europe and Britain – have shared over a period of more than thousand years. It sets out one possible avenue for the future relationships between Britain and continental Europe. In so doing, the respect of diversity in the political structure and institutional machinery of each side is prominent, as far as they seek to protect individual freedom. Such proposal calls for more details from lawyers and especially comparative public lawyers as they rise a lot of legal questions such as the following:

This entry was posted on August 5, 2016 by ymarique in Book, Questions mapping.